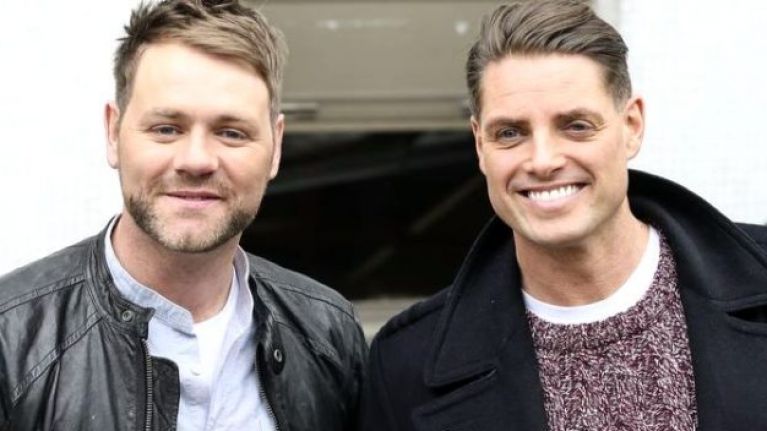 Westlife have said that fans can look forward to a "bigger and better" boyband this time round. Shane Filan, Nicky Byrne, Mark Feehily, and Cian Egan said that they wanted to get back together to bring Westlife into 2018 and to record some new music that reflected that.

They also said that fans were going to be "taken aback" by the new music they were working on with Ed Sheeran.

Speaking at a press conference in Dublin's Intercontinental Hotel yesterday, the lads said that they wanted to "become a band again."

However, they also added that they wanted to begin where they left off, meaning that former bandmate Brian McFadden would be left out of the picture... and now Keith Duffy has had his say on the band's decision.

Speaking to The Daily Mirror, he said: “I think it would have been a great thing for Brian to go back.”

“I think it would have shown great solidarity and great wisdom so I think it is unfortunate the boys decided not to go forward with Brian.

“So they were put on the big stage and didn’t have to do the work Boyzone did. But we happily paved the way for bands coming after us.”

“I said Westlife’s career started as Boyzone’s support act. There was no dig, that’s just fact.

“It took us a long time to earn our place in the business. Then Westlife were put together by Louis [Walsh] and were given the support slot on an arena tour."